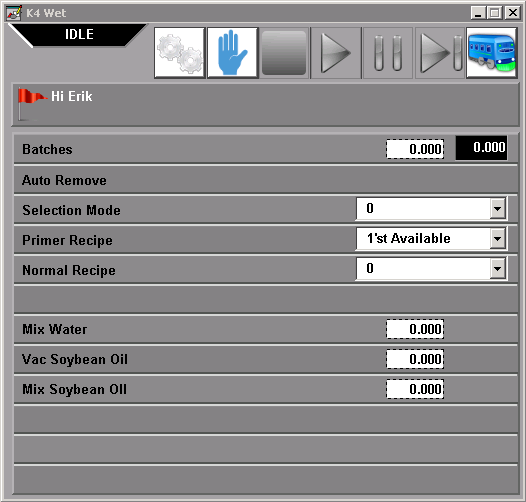 1The 1st batched launched will always use the 1st unit of each stage unless that unit is already part of another recipe and 1’st available is chosen.

2Limit the available units to 1 for each stage to force the campaign to start with a specific unit.  After the 1st batch is launch you may go back and select multiple units.  If cyclic then the next unit will be the following the initial batch.

Parameters may be used to modify existing recipe amounts.  Phases use recipe values as their setpoints.  These values may be deferred up to the recipe header which then become recipe parameters.  The name used at this level are free form and unless care is taken in the naming convention it is impossible to know which phase the parameter is destined.  To make these campaign parameters configurable it is therefore required to call out the name of the recipe parameter in the campaign parameter configuration.  This will be the parameters description. 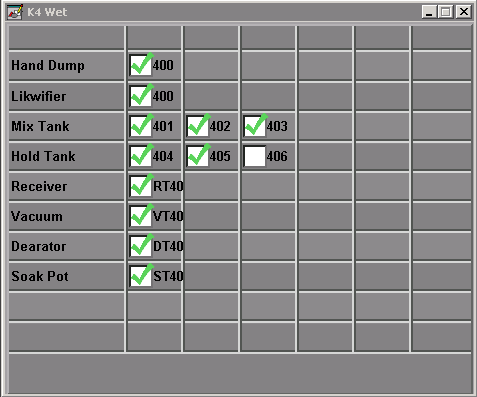 In this example Hold Tank 406 has been excluded for use by any campaign running on this process train.

NOTE: The actual unit names are longer than shown but in S88 Builder the user must choose which group of up to 3 characters are to be used in the process train display.  These 3 characters must uniquely identify the unit within its station.